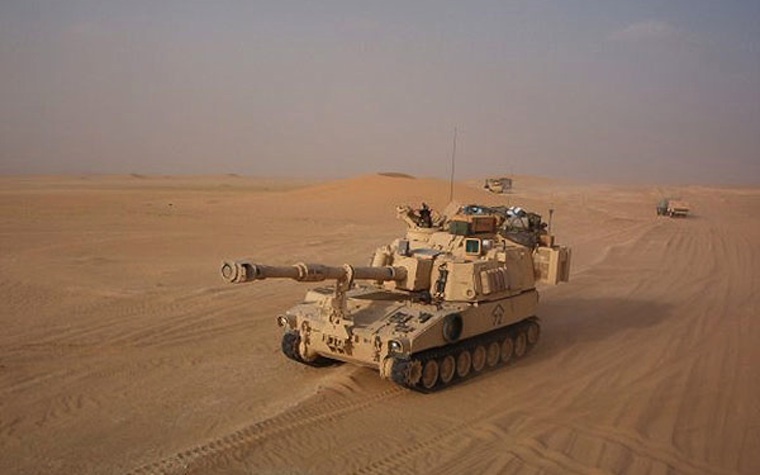 On Monday, the U.S. Army awarded defense contractor BAE Systems of the U.K. a $245.3 million contract for low-rate initial production (LRIP) of the Army’s M109A7 self-propelled howitzer and its battlefield companion, the M992A3 ammunition carrier.

The M109A7 program is essentially a complete overhaul of the vehicle’s predecessor, the M109A6 Paladin Self-Propelled Howitzer. The Paladin’s cabin and weapons are the same, but the A7 model upgrade’s the vehicle’s chassis structure to make it more rugged in difficult terrain.

The new howitzer also incorporates the same drive-train and suspension as the M2 Bradley tank, which is also manufactured by BAE Systems. That makes it easier for service crews to use more easily interchangable parts. The M109A7 also upgrades the power and mechanical systems that make up the artillery component of the vehicle.

BAE Systems’ director for artillery and Bradley programs Adam Zarfoss said the company has worked closely with the Army to meet the specifications needed to provide American warfighters the most advanced mobile artillery technology.

“The success of this program is directly attributable to the partnership between the Army and BAE Systems,” Zarfoss said. “We’ve worked as a team to bring this much needed enhanced combat capability to the soldier to address immediate needs while providing a platform that can support future growth as requirements evolve.”

The contract option will see BAE systems producing another 30 sets of vehicles for the Army, bringing the total delivery since 2013 to 66 sets. The Army plans to ultimately acquire 580 M109A7 and M992A3 sets in all.