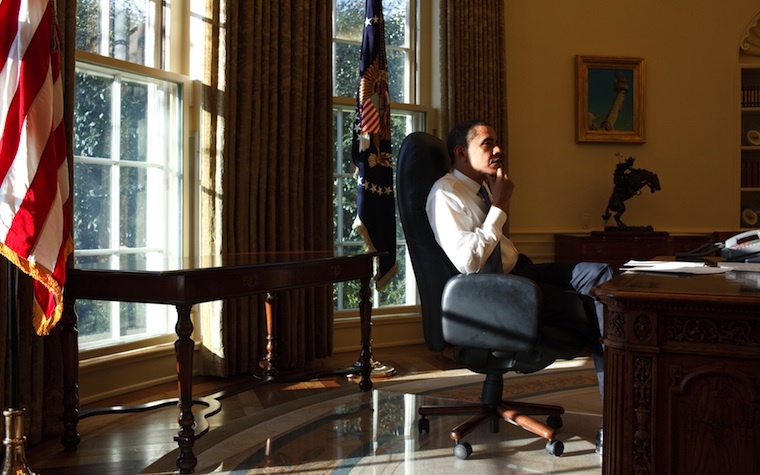 Speaking at the Association of Southeast Asian Nations (ASEAN) and East Asia summit in Kuala Lumpur, Malaysia, on Sunday, President Obama aimed to reassure the Asia Pacific region and the world that the U.S. is committed to defeating ISIS.

“The Asia Pacific is absolutely critical to promoting security, prosperity and human dignity around the world,” Obama said. “That’s why I’ve devoted so much of my foreign policy to deepening America’s engagement with this region, and I’m pleased that on this trip, we made progress across the board.”

“Over the years, our friends here in Asia have been victims of terrorism, and many of them are close counterterrorism partners with us,” Obama said.

The president said he met with regional leaders who are part of a group that is seeking to defeat ISIS.

“Given the frequent focus on America’s leadership of this campaign, sometimes the contributions of our partners are overlooked,” Obama said. “Nearly two dozen nations -- among them Turkey and our Arab partners -- contribute in some way to the military campaign, which has taken more than 8,000 strikes against ISIL so far.”

“The United Arab Emirates and Germany are organizing 25 coalition partners in helping to stabilize areas in Iraq liberated from ISIL," Obama said. "Italy is coordinating the multinational effort to train Iraqi police. Saudi Arabia is helping to coordinate the crackdown on ISIL financing. The United Arab Emirates’ new messaging center is working to discredit ISIL’s propaganda, and Malaysia just announced the creation of its own center to do the same."

There have been 15 countries that have deployed troops and other personnel to support Iraq against ISIS.

“We will not accept the idea that terrorist assaults on restaurants and theaters and hotels are the new normal -- or that we are powerless to stop them,” Obama said. “After all, that’s precisely what terrorists like ISIL want because ultimately, that’s the only way that they can win.”