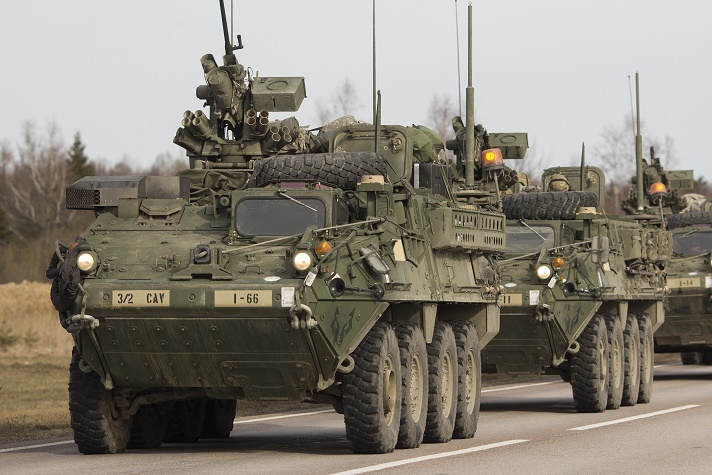 A $81,626,329 fixed-price-award-fee, indefinite-delivery/indefinite-quantity foreign military sales (Saudi Arabia) contract was awarded to Delfasco LLC of Afton, Tennessee, for practice bombs and fixtures. Three bids were received, solicited via the Internet. Work will be performed in Afton, Tennessee, with an estimated completion date of Dec. 31, 2019. Funding and work location will be specific to each order. The contracting entity is Army Contracting Command of Rock Island Arsenal, Illinois (W52P1J-16-D-0039).

Pyramid Contracting LLC of Irmo, South Carolina, was awarded an $8,559,900 firm-fixed-price multi-year, incrementally funded flooring contract. Six bids were received, solicited via the Internet. Work will be performed at Fort Jackson, South Carolina, with an estimated completion date of Oct. 30, 2020. Funding will be determined with each order. Army Contracting Command of Fort Jackson, South Carolina, is the contracting entity (W9124C-16-D-0002). Navy Seaward Marine Services Inc. of Norfolk, Virginia, is being awarded a $53,355,875 firm-fixed-price, indefinite-delivery/indefinite-quantity contract for waterborne hull cleaning and related work on the underwater portion of ships and crafts to support the director of Ocean Engineering, supervisor of Salvage and Diving. This contract includes options which, if exercised, would bring the cumulative value of this contract to $257.9 million. Work will be performed in three different locations -- the Pacific Ocean (51 percent), Atlantic Ocean (41 percent), and European, African and Arabian Peninsula waters (8 percent) -- and is expected to be completed by January 2017. Funding was not determined at the time of award. This contract was not competitively procured pursuant to Federal Acquisition Regulation 6.302-1. Services required are available from only one source. The Naval Sea Systems Command of Washington, D.C., is the contracting activity (N00024-16-D-4102).

Lockheed Martin Corp. of Manassas, Virginia, is being awarded a contract, not to exceed $7,135,576, for advanced delivery order 1001 under previously awarded basic ordering agreement N00104-16-G-A100 for repairs to a maximum of 1,263 parts used in the AN/UYQ-70 system and for the following equipment: an advanced display and processor system for tactical and command, control, and communication, and computer-intelligence applications for target acquisition and tracking, weapons control, theater air defense, anti-submarine warfare, battle group communication and airborne surveillance and control. Work will be performed primarily at various Lockheed Martin locations inside the continental U.S. (90 percent) and Virginia Beach, Virginia (10 percent). Work is expected to be completed by May 2017. Fiscal 2016 working capital funds (Navy) in the amount of $3,496,432 will be obligated at the time of award, not to expire at the end of the current fiscal year. This contract was not competitively procured in accordance with 10 U.S. Code 2304 (c)(1), as only one offer was received in response to this solicitation. Naval Supply Systems Command Weapon Systems Support, Mechanicsburg, Pennsylvania, is the contracting entity.

Finally, a maximum of $14,656,803 is being awarded to FLIR Surveillance Inc., of Billerica, Massachusetts, in an indefinite-delivery/indefinite-quantity contract to provide life-cycle contractor support for the electro-optical sensor systems serving the Technology Applications Program Office. The majority of the work will be performed in Fort Campbell, Kentucky. Fiscal 2016 operations and maintenance funds in the amount of $75,000 are being obligated at the time of award to satisfy the minimum guarantee. Additional funding will be obligated on a delivery-order basis only. This contract was awarded through a non-competitive process in accordance with Federal Acquisition Regulation 6.302-1. The U.S. Special Operations Command Contracting office in Tampa, Florida, is the contracting entity (H92241-16-D-0003).