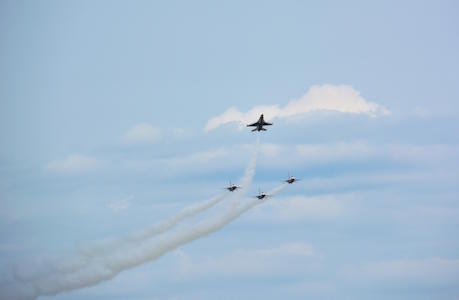 Combined Joint Task Force Operation Inherent Resolve officials released the latest report this week on strikes against the Islamic State of Iraq and Levant (ISIL) in Syria and Iraq.

Strikes can be defined as single or cumulative efforts on one general location from single or multiple aircraft.

There were 11 attacks in Syria, including ground attacks and fighter aircraft strikes. Five strikes targeted sites near Hasakah, destroying a tactical unit and six ISIL buildings and damaging one, as well as hindering four sniper and fighting locations. Near Dayr Az Zawr, six gas and oil plants were damaged by five separate strikes. One strike near Manbij knocked down two buildings crucial to ISIL.

In Iraq, 15 strikes were conducted using coalition and Iraqi government forces and intelligence. One strike on an ISIL tactical unit in Baghdad destroyed a supply unit and staging location. Near Kisik, a tactical unit, three staging locations, a bed-down area and one of ISIL's headquarters were destroyed by seven strikes, and one of their rocket positions was damaged. One strike near Makhmur depleted an assembly location, while another two strikes near Sinjar and Tal Afar damaged two separate light machine gun locations. Near Mosul, a tactical unit was destroyed and a mortar location was damaged by two separate attacks, and two more strikes near Ramadi hit two different tactical units.