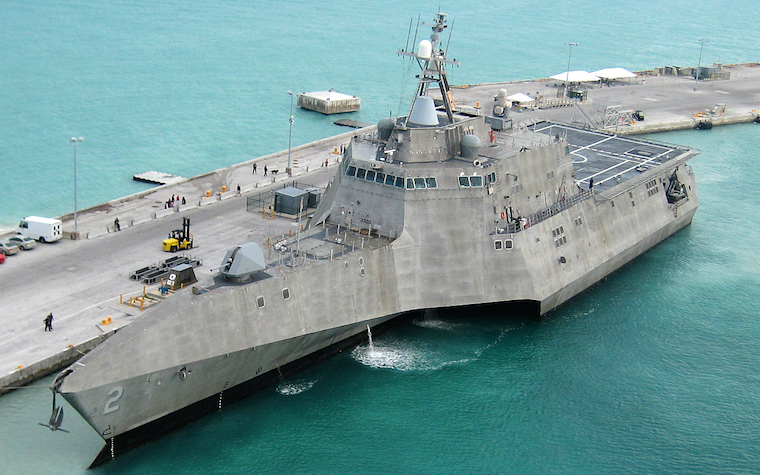 “The commissioning of USS Montgomery is not only a celebration of the partnership we share with the people of a great Southern capital, but also of our nation's highly skilled shipbuilders who, in building ships like Montgomery — the U.S. Navy's eighth littoral combat ship -- will help us continue to grow the fleet to more than 300 ships by the end of this decade,” Secretary of the Navy Ray Mabus said. “This great ship, and the sailors who serve aboard her, will represent the City of Montgomery, Alabama, and our nation around the world for years to come.”

The Montgomery is designed for near-shore environments and is capable of missions ranging from mine warfare and anti-submarine warfare to surface warfare. LCS-class ships are outfitted with reconfigurable mission modules that allow flexibility in addressing combat needs. The ship’s distinction of Independence variant refers to the fact that it was designed and built by Austal USA, whereas Freedom variant LCS-class ships are designed and built by Lockheed Martin.