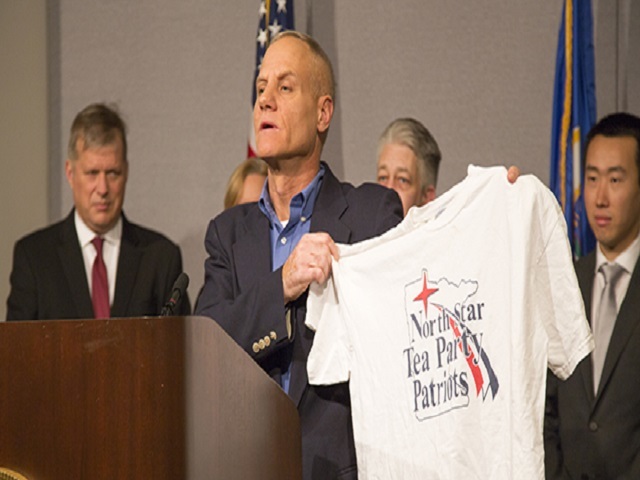 On February 28, the Supreme Court will hear oral argument in Minnesota Voters Alliance v. Mansky, an important First Amendment case that could clarify voters’ speech rights nationwide. Lead plaintiff Andy Cilek (executive director of the Minnesota Voters Alliance) voted in the 2010 election in a Tea Party T-shirt that said “Don’t tread on me.” Because Minnesota prohibits badges, buttons, or other insignia that promote a group with “recognizable political views,” at polling places an election official delayed Cilek from voting and took down his name and address for potential prosecution. Cilek sued to have the law struck down. Throughout litigation, the government has embraced the sheer breadth of Minnesota’s ban on political apparel. In addition to prohibiting Tea Party apparel, the ban extends to apparel featuring the logo of the Chamber of Commerce, AFL-CIO, NRA, NAACP, and countless other organizations that might be associated with a political viewpoint. Cilek asks the Supreme Court to invalidate the law as an overbroad restriction on expression. Cato filed a brief in this case, arguing that the Court should look with skepticism at a law, like Minnesota’s, that targets core political speech. Please join us for a discussion of one of the most important First Amendment cases of the year a few days before argument.

To register to attend this event, click the button below and then submit the secure web form by noon EST on Wednesday, February 21, 2018. If you have any questions pertaining to registration, you may e-mail events@cato.org.