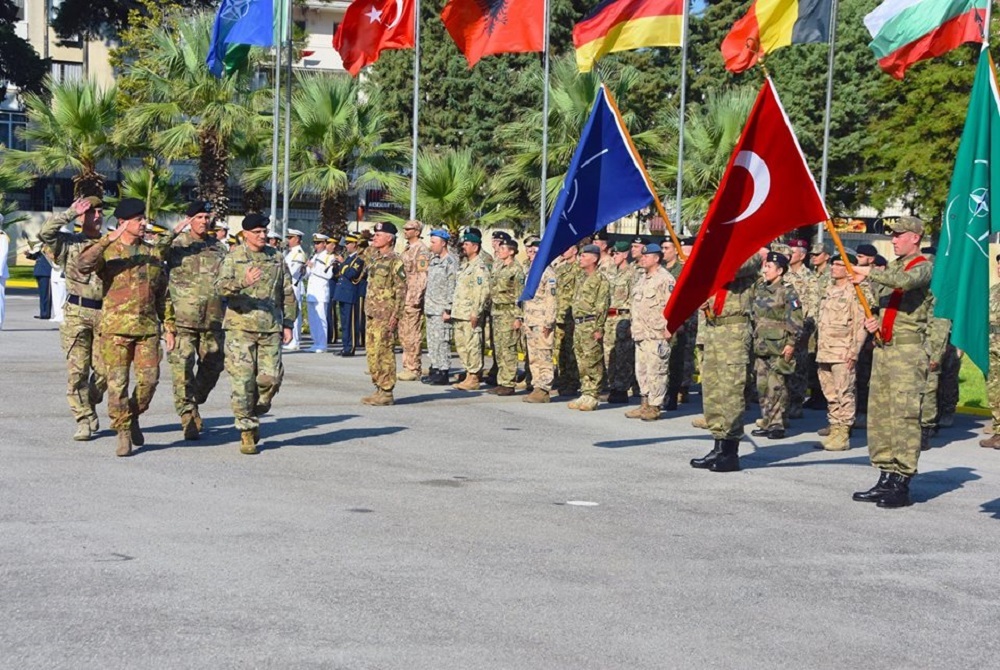 "I am humbled and excited to join this outstanding command and be a part of the strongest Alliance in the world,” said Thomson. "It is an honour to serve with you and I could not be prouder to join the team.”

During his speech, Thomson thanked Lieutenant General Ruggiero and his wife Holly for their leadership to LANDCOM and our Turkish hosts. He also praised the LANDCOM Soldiers and civilians for their excellent work, and he shared his vision of adding value to the NATO Force Structure, Joint Force Commands and the Armies of Allied Nations and Partners.