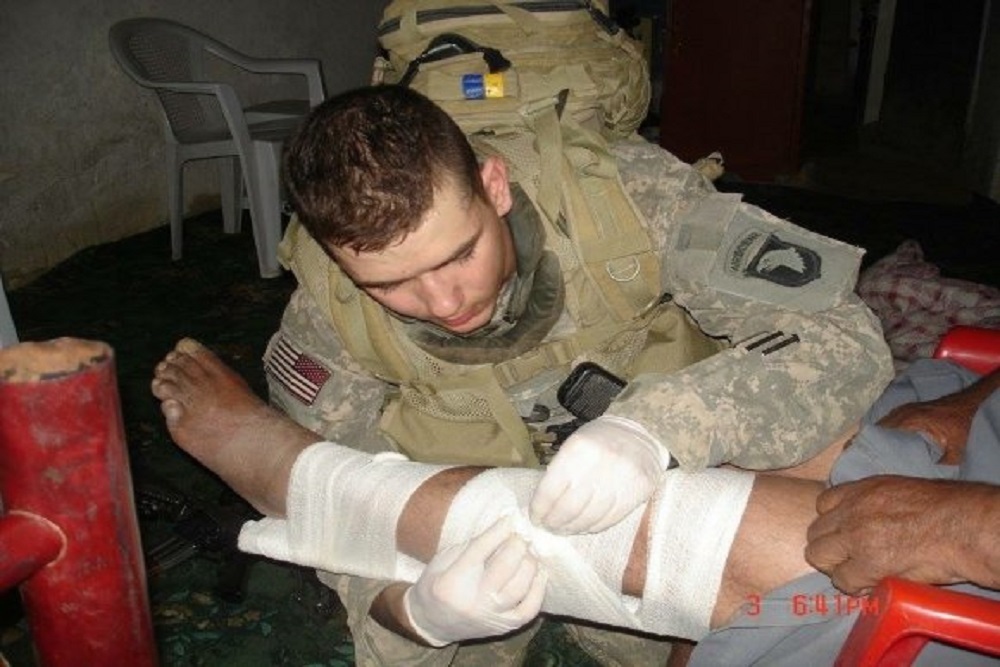 Second Lt. Blake Pickel began his career in the Army when he enlisted in 2007. He serves as the executive officer for the 1st Armored Brigade Combat Team, 3rd Infantry Division's support medical company after commissioning in 2017 through the Green to Gold scholarship program.

"When I first came in, I had just [earned] my GED and my goals were to get into a medical branch in the Army, then get out and go to college or work in the profession I was doing in the Army," said Pickel. "I found out about the Green to Gold program because three of my friends had gone through it."

The Green to Gold scholarship program offers enlisted Soldiers an opportunity to complete their undergraduate education and become commissioned officers. The 3rd Infantry Division can nominate up to five Soldiers for the 2019 - 2020 school year with applications due by March 1, 2019.

Once the packets are reviewed and submitted, the cadet command will review them and decide who is awarded scholarships said Mr. David Sims, the Mission Support G1. Sims added that a key to a successful packet is timeliness.

"Don't wait to put your packet together," said Sims. "Especially in getting the required documents from the schools that you are applying to."

Pickel echoed the importance of beginning the application process as early as possible. "Luckily I had three people to mentor me through the process, but one of the first things they told me is immediately start the physical process because that takes the longest," said Pickel who commissioned from Middle Tennessee University. "Notify your chain of command early that you are interested so that it's not a last minute thing."

The Green to Gold Hip Pocket Scholarship Program looks to award high performing Soldiers who display the "Scholar, Athlete, Leader" attributes desired of commissioned officers. Pickel, who was accepted into the program as a staff sergeant, said his next goals are to complete his key developmental jobs in his field and for his current and future rank.

"I definitely see the bigger picture with the Army and how I can have a larger impact through the organization," said Pickel. "It's also kept things fresh in the Army so as I approach retirement it's given me a new outlook and new challenges."

Soldiers have the opportunity to complete their first baccalaureate or first master's degree while earning their commission through the Reserve Officer Training Corps (ROTC) program. The scholarships are available in two, three, or four year options depending on how many college credits Soldiers have already completed.