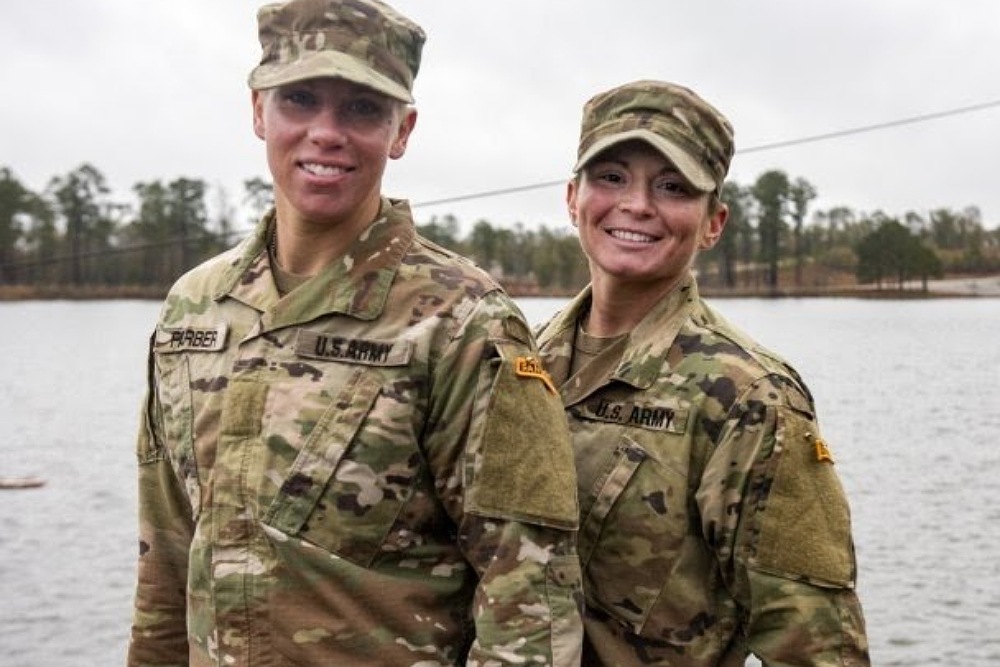 "My mindset going into this was to leave 100 percent on the table and never have regret or look back and say, 'I should have pushed harder or I should have done something different,'" said Smiley. "My mindset today is that I did just that. I gave 100 percent. I did everything that I could, and now here I am."

As the first female National Guard enlisted Soldiers to graduate from the school, Smiley and Farber join a small group of women who have earned a Ranger tab since the Pentagon lifted the ban on women serving in combat arms positions. The others are U.S. Army Capt. Kristen Griest and U.S. Army 1st Lt. Shaye Haver, who in 2015 became the first women to ever complete the school; U.S. Army 1st Lt. Emily Lilly, who was the first female National Guard officer to graduate in 2018; and U.S. Army Staff Sgt. Amanda Kelley, the first enlisted Soldier to graduate, also in 2018. However, Smiley and Farber do not think Ranger school is an accomplishment only they are capable of achieving.

"I don't think it's charting a course for other women because it's something that we all have in us. We just haven't been allowed to do it ... There are many women out there who are completely capable of doing it," said Smiley. "Do it ... Put in the hard work, put in the dedication to accomplish the goal."

Smiley and Farber said the accomplishment took years of training and did not come without setbacks. Farber has been working toward this goal since 2016 when she first tried for the Pennsylvania Ranger/Sapper state assessment program and was not selected. She tried again in 2018 and was selected, with approximately 10 other Soldiers. A year later, she left for Ranger school.

"Train hard for it," said Farber. "Come into it knowing you're going to be doing things that every other male that comes through here has to do. Don't come through here and expect any sort of special treatment because it won't happen."

Now that they have earned their Ranger tab, Smiley and Farber hope to use the skills they've gained and help the Soldiers they work with and lead.

"This day to me is not the end of the school, but is the beginning of the new chapter in my career, not only for myself but for future Soldiers," said Smiley.

"It is a big deal to be the first enlisted females in the National Guard graduating Ranger School. … It's groundbreaking," he said. "We always tell [Soldiers] that they can do it. Physical size is not the limitation; it's the amount of heart and soul that a Soldier brings."