U.S. Department of Defense issued the following announcement on Feb. 6.

Defense Secretary Dr. Mark T. Esper returned to the venue where the National Defense Strategy was unveiled two years ago to discuss how the Defense Department is implementing it. 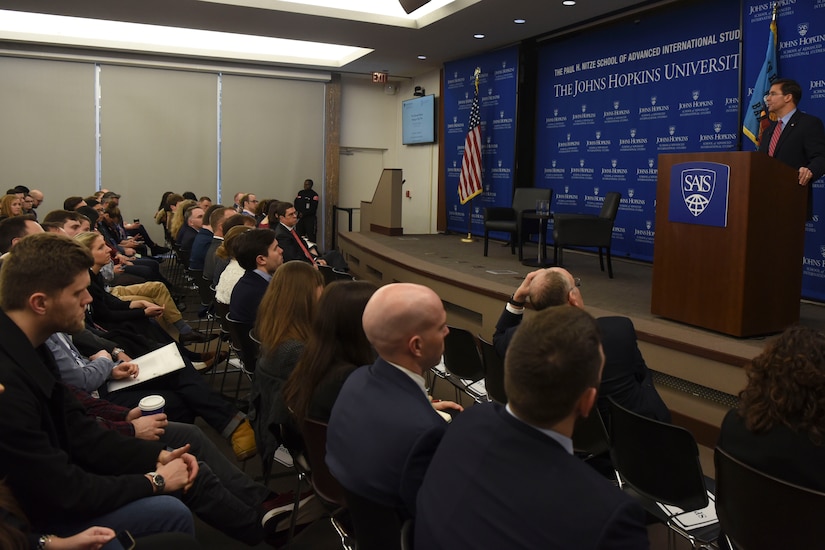 The National Defense Strategy outlines the plan to maintain a competitive U.S. advantage in a new era of great-power competition with Russia and China, Esper said. To meet that challenge, he said, DOD is modernizing its forces, experimenting with new technologies that ensure battlefield success, and reforming the way the department does business to ensure taxpayer dollars are aligned with the strategy's priorities, such as artificial intelligence, a 5G network, hypersonic weapons and modernization of the nuclear triad.

To free up funds for these and other priorities, the secretary said, he directed a new initiative called the Defense Wide Review. "Over the course of four months, we examined $99 billion in appropriated resources across the Fourth Estate, which is comprised of roughly 50 DOD organizations outside of the military departments," he said. "Ultimately, this process generated over $5 billion in savings. The majority of it came from reductions to legacy activities that don’t adequately support NDS requirements, as well as decreasing overhead and shedding lower priority programs." 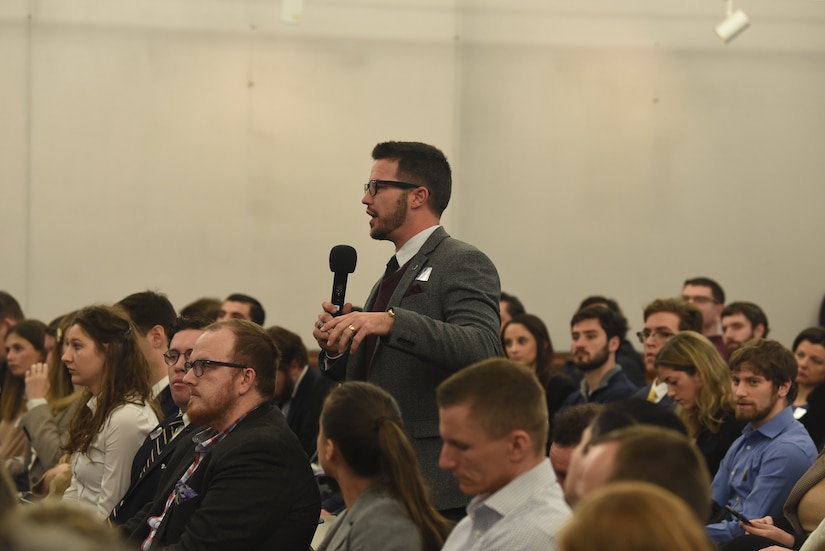 To bolster the department's National Defense Strategy alignment, Esper said, the department is continuing to build strong relationships with allies and partners. For example, he said nations in the Indo-Pacific region recognize better than anyone the threats posed by a rising China, and share the DOD's desire to uphold international norms and values.

On the other side of the globe, the secretary said, DOD is working to strengthen bonds with European allies who see Russia as a threat and are now becoming more and more aware of the threat China poses, as well.

"A ready and capable NATO is vital to our collective security, and we are pleased to see member states increasing their investments to advance burden sharing," he said.

This year, Esper said, the department is launching a review of all combatant commands to identify opportunities to rebalance troops, missions and resources in support of the National Defense Strategy.

The secretary said the administration and Congress have been especially supportive of the department's efforts at modernization, readiness and reform. In turn, he  added, he has provided them with information and transparency to show efforts to align with the National Defense Strategy, ensure national security, and be good stewards of taxpayer dollars.

Esper said the well-being of service members and their families is a high priority. "These men and women are the backbone of our national security," he said, "and it is our duty to ensure they and their families are cared for, so that they can focus on their mission."